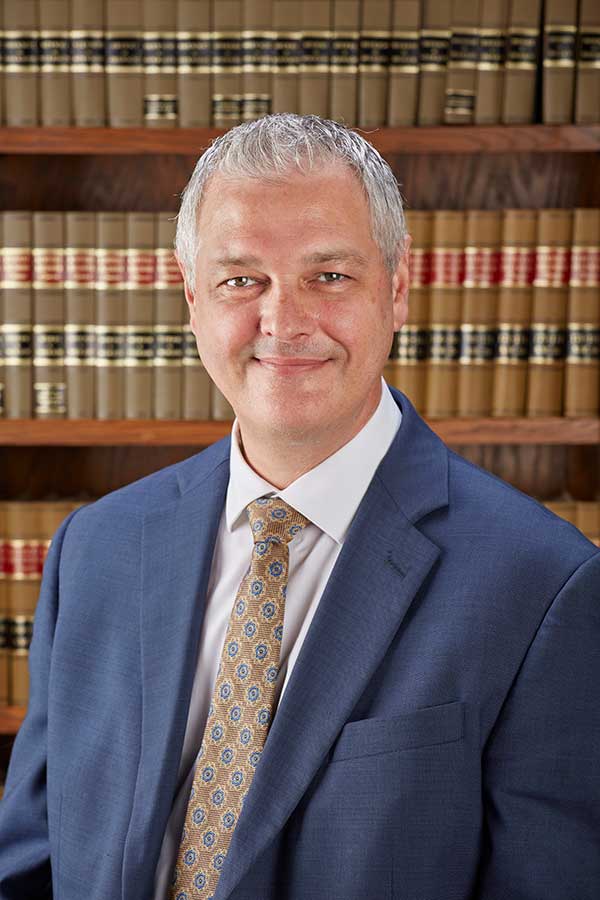 Tom was born and raised in Nebraska but has called Kentucky home for the last 24 years. He obtained his Bachelor’s degree in liberal studies from Spalding University and his Juris Doctor from University of Louisville’s Brandeis School of Law in 2001.

Tom is admitted to practice before all trial and appellate courts in the Commonwealth of Kentucky and the state of Indiana, as well as the United States District Courts for the Eastern and Western Districts of Kentucky, the Sixth Circuit Court of Appeals, and the United States District Court for the Southern District of Indiana. He is a member of the Kentucky and Louisville Bar Associations.

In his free time, Tom is a musician and home recording enthusiast, as well as doing as much backcountry hiking and camping as he can in the nation’s national and state parks.

Susan Phillips was selected by her peers to receive the distinguished award of 2023 “Lawyer of the Year” in Personal Injury Litigation – Defendants by The Best Lawyers in America®. Only a single lawyer in each practice area and community is honored with this distinguished award.