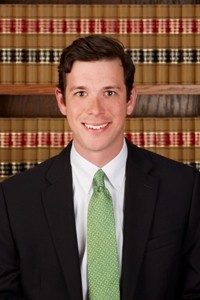 Ryan Nafziger was born in Bloomington, Illinois but grew up in Louisville, Kentucky. In 2012, he graduated from Bellarmine University with a degree in Arts Administration. While an undergraduate, Ryan was an active participant in Bellarmine University’s mock trial team, serving as Co-President his senior year. After graduation, Ryan took a year from school to teach English to high school students in Nanchang, China. The next year he returned to Louisville and attended law school at the University of Louisville. While in law school, Ryan was a member of the National Moot Court Team, The Intrastate Mock Trial Team, and worked as an Admissions Coordinator. He graduated with honors in 2016.

Ryan joined the firm immediately after graduating law school where he gained significant experience in medical malpractice and insurance defense litigation. Ryan has additional experience defending clients from insurance bad faith actions and representing owners and contractors in construction disputes. In 2020, Ryan was named to Best Lawyers’ “Ones to Watch” list in the area of Defense Litigation.

Susan Phillips was selected by her peers to receive the distinguished award of 2023 “Lawyer of the Year” in Personal Injury Litigation – Defendants by The Best Lawyers in America®. Only a single lawyer in each practice area and community is honored with this distinguished award.